What does Senator Snowe want for her Vote for Health Care?

WASHINGTON - As Congress and the Democratic Majority run up against the clock. The public is demanding action and the Democrats are risking being laughed out of office if the majority folds to the Republicans on the most important legislation in decades.
Senator Snowe thinks the Congressional Health Care plan is too good for Mainers.
There's more...>>
Posted by Thomas Maher at 6:57 PM No comments:


This is the third part of a series testing how our elected officials in Maine respond to a question from a Citizen about their federal health care plans.

Recap: Senators Snowe and Collins, Representatives Michaud, and Pingree were asked for copies of their health care policies and what the costs are to the public and to them.
They were also asked how much of those health care benefits will carry into retirement if they become vested.

Remember, this is public information, hard to find but public. You and me and your neighbors pay their salaries. We pay for their benefits, or at least some part of those benefits.

Michaud's office, also politely gave me the brush off.

Congress Woman Pingree's office sent a response, and then a follow up response when I pointed out that they may have misunderstood my question.

The response is coming later in this post. One out of three elected officials, two answers and one of them advice to "go find it yourself". The other answer a polite follow up along with an a second follow up, without the information, but seriously leaving the door open to belief that we have at least one Congressional representative that cares about the people of Maine.

In all fairness I will copy the three posts on this topic, forward them to the Congressional offices involved in case I just hit one day of bad customer service in three cases.

Thank you, Congress woman Pingree and thank you Mr. Ritch for the emails.

Let me see if I can dig up that information for you.

Mr. Ritch,
Thank you but my question was more specific. I would like a copy of the explanation of benefits for the plan Congresswoman Pingree elected and a break down of the costs for that plan allocated to the Congresswoman and the taxpayer. I realize this is public information but my intent is more than health care, it is to measure and demonstrate the help or lack of help each federal office holder in is willing to provide to the public as opposed to a lobbyist.
I am afraid my contributions to Congresswoman Pingree will not get me an invitation to chat on the phone.

I understand you had a question about health care benefits that Members of Congress are eligible for. They actually have a choice of a bunch of plans, and I think this LA Times article describes it pretty well:

Let me know if you have any more questions.

Here is a summary of Congresswoman Pingree's stance on health care during 2002.

Pingree will push to increase the bargaining power of states. Maine has led the way in attempting to lower drug costs for all residents by negotiating with drug companies for lower prices. However, states need more flexibility from the federal government to negotiate lower prices through the federally funded, state-administered Medicaid program. The creative work done in the states should not be tied up at every turn by this powerful industry. States should be allowed more flexibility under the law to seek creative solutions. Any state should be able to negotiate for lower prices from drug companies that provide drugs to the state's Medicaid program -- and pass those discounts on to anyone who lacks prescription drug coverage, not just those on Medicaid.
Source: Campaign website, www.PingreeForSenate.com, "Health Care" Sep 26, 2002

Posted by Thomas Maher at 12:03 PM No comments:

Health Care Reform. Part two. They don't get it.

Posted by Thomas Maher at 8:52 PM No comments:

You think so, do you? Don't think about it alone, let everyone hear it. 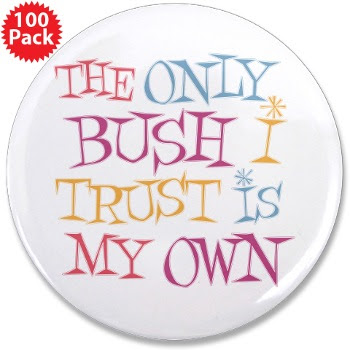 
Go ahead, click on the link at the bottom of the post. Trust me, I work for the Government.

Posted by Thomas Maher at 7:48 PM No comments:

Will Our Representatives Help a Mainer Who is Not Rich or a Lobbyist? Will They Even Answer Questions?

Unionmaine is taking on both the Democrats and the Republicans that represent on the health care debate.

There are a lot of rumors going around, the “Obama will kill your grandmother” and “it’s unfair to health insurance companies” buzz so I have decided to get some facts.

Continue reading at the bottom, I will update this post as answers or lack of answers show up. The first answer is from Congressman Michaud.

The first thing I would like to give our representatives a chance to tell the whole truth about is their so called "Golden Health Care".

Do they pay all of it? Do they pay some of it? Does Congress get a lot more than the regular citizen?

I don't know so I called their offices to ask.
There's more...>>
Posted by Thomas Maher at 6:38 AM No comments: Posted by Thomas Maher at 1:44 AM No comments:

Will OPEGA be Allowed to Stop Waste and Fraud?

Posted by Thomas Maher at 6:43 AM No comments:

Posted by Thomas Maher at 7:40 PM No comments:

Posted by Thomas Maher at 11:35 AM No comments:

Posted by Thomas Maher at 7:28 PM No comments: 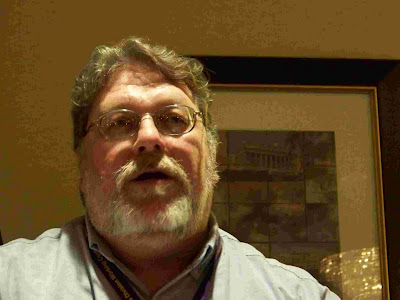 SEIU gets raises, SEIU on strike?


Ladies and Gentlemen, I give you the holodeck! This story comes from the DailyKos. The tech in this story wouldn't make Mr. Spock or Scotty sit down and cry, but until then this is the best around. Like the Holodeck? follow the link. The tech is great but the real reason to include it here is to blow a hole in the right wing idea that liberals are all about tax and spend. Read the quote after the link and see how real liberals think we should dig our way out of this hole in the ground economy.

should get on that, because that is what does best. We see the world and all of its ideas and technology and recombine it into fantastical products that we create with our industrial might and sell around the world.

Or we use to, before we became a nation dependent on financial services to generate wealth.

I say we got back to selling the world boxes labeled, "Made in the ."

Especially if we start slinging holodecks.


By an overwhelming majority, SEIU Local 1000 state workers have shown their outrage at the governor and his attacks on state employees and the services they provide. In votes from state offices throughout , 74 percent authorized their union officers to call job actions up to and including a strike if necessary in order to ensure that the contract signed with the governor's representatives in February is passed by the Legislature and signed by Gov. Arnold Schwarzenegger.

"This is about our contract," SEIU President Yvonne Walker said Saturday. "Whether it is through litigation, negotiations or any other actions that are necessary, we're in this for the long-haul to right this wrong to our members. We negotiated in good faith, we have offered cost-saving solutions, and we need our contract to be ratified."

SEIU 1000 in a cost savings program targeted as saving jobs, and saving tax dollars found $340 million dollars through a combination of cutting wasteful outsourcing of jobs and more efficient work rules. The Union is currently subject to three furlough days a month equaling a 15% pay cut while the governor backpedals and refuses to live up to his word and sign the contract that he agreed to. Like the politicians in so many states hurting State workers as a political move comes before saving the citizens money.

SEIU 503 signs tentative agreement, gets over 6% in raises over two years.

After eight and a half months of bargaining a new contract, a tentative agreement affecting nearly 18,000 employees was agreed on. The new contract, if approved, will run until June 30, 2011 Service Employees International Union local 503 reached a tentative agreement with the State of that gives cost of living wage increases. Over the next two years, wages will increase 6.2 percent.

Does this quote sound familiar?

“Our cost of living has been behind the private sector for years now,” says Randy Davis, a mental health therapist at .

The new contract, will go to the bargaining committee on August 15 and if passed will be sent to the membership for a vote.
A rare success story, although not without some losses. 503 protected fully paid family medical coverage. The state will pay for premium cost increases up to 5% in each year. Increases between 5% and 10% will be paid partly by the State and partly from insurance reserve funds. The state subsidy for part-time employees' health insurance will increase so that part timers" premium costs don't go up.

The State started with a demand for 24 unpaid days off and now the days off will count as time worked for accruals and insurance A number of non-economic changes will benefit members, including a classification study for many positions that must be finished in time to bargain salary rates in 2011 and an extra year of recall rights for laid-off workers.

Preview | Powered by FeedBlitz
Reblog this post [with Zemanta]">
Posted by Thomas Maher at 9:32 AM No comments:

Obama wants to Kill your Family Reblog this post [with Zemanta]">
Posted by Thomas Maher at 9:15 PM No comments: